There are some great amazon deals this week, especially for videogames for the Wii U games console. See below for the Based Discounts recommendations: 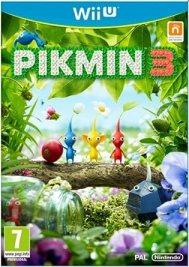 Only £21.99 with free delivery in this amazon deal.

Pikmin 3 is the feverishly anticipated real-time strategy game for Nintendo’s innovative, brand spanking new home console, the Wii U. This game is the third instalment in the Pikmin franchise, and is the direct sequel to Pikmin 2, which was released in 2004 on Nintendo’s Game Cube. As with the previous Pikmin games, you will be in charge of a personal army of up to 100 Pikmin, each with their own special abilities that will enable them to perform various tasks.

The game has been overhauled to match up to the Wii U’s graphics and capabilities, re-introducing you with four new main characters to the beautiful world filled with Pikmin, treasure, as well as various strange creatures and enemies; a world you must help the Pikmin to navigate and survive. As their leader, you can command them to build bridges, carry building materials, pick up fruit to carry back to the little spaceships, and defeat enemies. New Pikmin species have been introduced in this game, including the pink flying Pikmin, and the Rock Pikmin. The Rock Pikmin can throw themselves at walls, barriers and objects to break or smash them, and come in handy if an enemy has a shell, as they can destroy the armour so the other Pikmin can take them down.

Pikmin 3 is much more action-oriented than its predecessors in the franchise, and also has a greater amount of variety when it comes to strategy. This is helped with the versatility of how you wish to play the game, as you can play with the Wii Motion Plus and Nunchuck combo, where shaking the Wii remote throws your Pikmin, and shaking the Nunchuck makes your Pikmin charge. You can use the Wii U’s Game Pad also, as it acts as an overhead map and radar, allowing you to track your Pikmin’s actions in real time. Controlling multiple groups of Pikmin at once is also easier thanks to the Game Pad, making gameplay more fluid, as players can slide a finger across the touch screen to instantly switch between areas of the map.

The amount of versatility offered when it comes to your personal playstyle with this game is improved with how intuitive the controls are, as now you can aim at objects directly, and can command your Pikmin armies in various different ways, depending on your strategy’s current requirements. The Game Pad also offers a replay feature when a player completes a stage, where it shows the entire map at once with the ability to fast forward, pause and rewind, so the player can rewatch the decisions and actions they made throughout the day and re-evaluate their strategy based upon that.

Delve into the fun and beautiful world of the Pikmin once more, greatly and vastly improved thanks to the Wii U’s greater processing and HD capabilities and Game Pad. This highly updated game can now offer more options when it comes to game play, and allows you to completely personalise your own playstyle and strategies.

Pikmin 3 is a fully reimagined, mass-action strategy title from the critically acclaimed Pikmin series. Players will discover a beautiful world filled with strange creatures and take command of a swarm of ant-like Pikmin trying to survive. The world is densely packed with treasures and enemies, which makes the game much more action focused and fills it with layers of potential strategies and paths, adding greater replayability to challenge modes.

The Wonderful 101 (Nintendo Wii U) 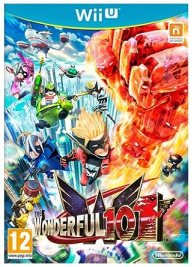 Get it for only £24.99 with free delivery in this amazon deal.

Earth is under attack from an invasion of enormous aliens, and the only thing that can protect the planet is a group of unlikely, yet mighty, heroes with special abilities. Unfortunately, the aliens are too powerful for the heroes to fight individually. They must join forces and work together to defeat their common enemy. These uniquely different heroes can morph into powerful weapons to crush the invaders or turn into objects like a giant fist or bridge to interact with and traverse the environments. 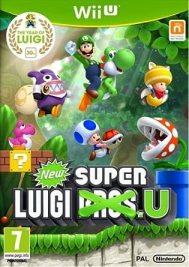 Get it for only £21.99 with free delivery in this amazon deal.

In New Super Luigi U take control of Mario’s Brother Luigi as the 80+ stages from New Super Mario Bros U gets a re-shuffle and a revamp.

If you don’t have the boxed New Super Mario Bros U for your Wii U then this is the perfect addition to your gaming collection New Super Luigi U features the same Mario inspired gameplay but with a leaner and greener hero taking centre stage.

As in Super Mario Bros: The Lost Levels, Luigi keeps his higher jumping abilities and his looser traction as he runs for the flag post at the end of each stage. Also to add an extra element of speed each level begins with only 100 seconds on the clock.

In addition to the Luigi and the Yellow and Blue Toads, a fourth character will be available for Multiplayer, Nabbit. Already seen in New Super Mario Bros U, Nabbit was the thieving character that would steal power-ups when met on the world map. Nabbit is invincible to damage from enemies and world dangers such as lava, but you’ll still need to look out for those long drops.

The Year of Luigi-themed downloadable content for New Super Mario Bros. U offers players 82 updated courses and only 100 seconds to complete each one! But it also includes a new playable character in multiplayer mode: Nabbit, who steals items from Toad Houses. Nabbit can’t power up, but also won’t take damage when he touches enemies. 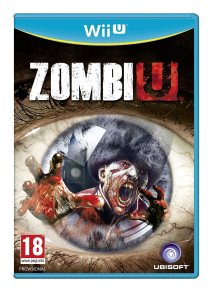 Only £11.99 with free delivery in this amazon deal.

Developed by Ubisoft Montpellier, the studio behind critically acclaimed titles like From Dust, Beyond Good & Evil and, Ghost Recon Advanced Warfighter, ZombiU puts players in the middle of London circa 2012, where an outbreak has infected the population, destroying their humanity and turning them into mindless monsters preying on the flesh of the few remaining survivors. This fear-fueled first-person shooter invites takes all the horror, chaos and tension found in the best of the horror genre and adds original interactive elements, including a unique death mechanic that puts players in the body of a different survivor each time they die, allowing them to track and take down their old, infected characters, recover their equipment and see if they can stay alive just a little bit longer this time.

ZombiU showcases the innovative features of the Nintendo Wii U Controller and creates new game experiences not possible on other consoles. The Nintendo Wii U Controller serves as the player’s ultimate survival kit, called the “Bug Out Bag.” The Bug Out Bag is a backpack containing all the maps, tools, weapons and supplies that players can scavenge from the limited resources available in the devastated cityscape. ZombiU also will use the Nintendo Wii U Controller’s touch screen, gyroscope and camera to create a tactile connection between gamers and the in-game world. Finally, ZombiU features a distinctive multiplayer adversarial mode that allows one player to take on the role of “Zombie Master,” spawning and controlling enemies from a top-down view on the Nintendo Wii U GamePad while the second player fights for survival on the big screen in first-person shooter view with a Wii wireless classic controller. 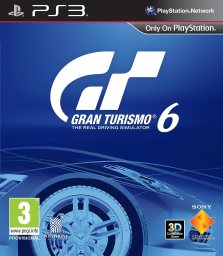 Get it for only £24.99 with free delivery in the amazon deal.

The next stage in the evolution of the world’s most popular and comprehensive racing simulator is upon us. Gran Turismo 6, the latest installment in the highest-selling series, will reach stores this Holiday season. Known for blurring the lines between virtual and reality, the Gran Turismo series has revolutionized the racing genre in the last 15 years, allowing fans to drive the most prolific collection of cars on the world’s most legendary racetracks. Gran Turismo 6 takes the real driving simulator experience to a whole new level.

Having set the standard for the racing genre in the last 15 years, the fully refined physics engine will create the most authentic true-to-life driving experience across more than 1200 vehicles on 33 locations with 71 different layouts. 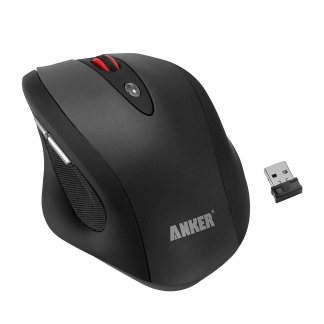 Only £10.00 with free delivery in this amazon deal.

The Anker 2.4G Wireless Mouse adopts ergonomic design principles (soft rubber grips and a contoured body) to deliver comfort to the user. The mouse is equipped with a DPI-shift button to adjust between 3 levels, meeting both common and gaming needs. By adopting infrared technology, the Anker 2.4G Wireless Mouse can be used on almost any surface and works with amazing stability. 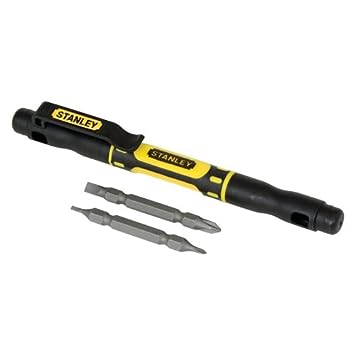 The Best Of Sickipedia: A Collection Of The Sickest, Most Offensive and Politically Incorrect Jokes

Get it for free in this amazon deal.

This book is a selection of some of the best jokes which have been hand picked from a collection of over 300,000 jokes from Sickipedia – the world’s top joke website. The jokes contained within these pages are sick, rude, politically incorrect, offensive, obscene and in some cases Just Wrong, but the end results are Funny and Hilarious.

All of the jokes are submitted by the general public to Sickipedia. Every time there is a big story – say a murder or a disaster, following the news comes the jokes. Psychologists probably have something to say about this, but not us, we just want to be the number one place for finding, recording and disseminating this material.

WARNING: The content of this book is packed full of-inappropriate material. It is definitely NOT suitable for children or the easily offended. Within these pages are jokes about religion, racism, crime and illegal sex acts. Remember what you read are not points of views; they are just jokes – nothing more! 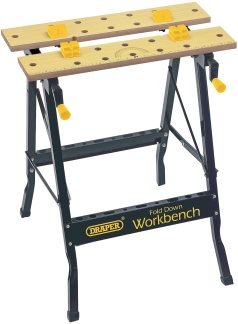 The DIY Series range from Draper Tools is designed specifically for DIY enthusiasts and homeowners, and delivers cost-conscious pricing without compromising on quality. The comprehensive range features tools for all of your DIY and at-home needs, including socket and spanner sets; pliers, cutters and screwdrivers; awls, chisels and saws; storage boxes, gloves and knee pads; and a range of garden tools. All Draper tools are fully guaranteed for added piece of mind. With the Draper DIY Series range, you can be sure you’ll find just what you need for that special project.

Draper Tools is a family-run company that has been selling high-quality tools in the United Kingdom for more than 90 years. To bring you the tool you need, the Draper buying team sources innovative products–which adhere to strict ethical and quality standards–from all around the world.

Thank you,
Based Discounts